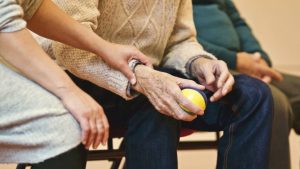 Experts revealed that seniors who are aging in isolation are at higher risk of contracting dementia, depression and mortality. Around 8 million seniors are said to be affected by isolation which is believed to bring some alarming effects. See here how loneliness impacts senior’s health.

In a survey of nearly 2,300 seniors, 46 percent cited social isolation as an issue of living alone. Living alone leads to a decrease in social interaction among seniors, which has also been linked to premature mortality.

The majority of older people wish to age at home since it gives them both economic and emotional benefits. However, aging in place can also create isolation. While isolation among seniors goes mostly unnoticed, experts deem isolation as a “silent killer” which affects millions of elderly in the US.

The Lure Of Isolation

One of the reasons why senior citizens choose to remain isolated is the feeling of fear. Seniors are afraid that when they start to request or need social services, they will be referred to a nursing home. Seniors fear the loss of independence or their ability to continue living on their own.

The Impact Of Social Interaction

Being socially connect to others is key. One study shows that increased social connections lead to the decreased risk of early death by nearly 50 percent. This influence of social interaction on mortality is comparable to or sometimes the result of the influence brought by obesity, smoking and air pollution.

All individuals have a fundamental need for social connection. It is a crucial factor to both the individual’s well-being and survival. In the U.S. however, an increasing number of people seem to experience isolation regularly.

There are ways to serve the social needs of seniors while allowing them to keep their independence. These include:

How Adult Children Can Help

Positive support means there is a reliable, understanding and approachable relationship among each member of the family. People who keep a rich network of close relationships have a reduced risk of suffering from cognitive decline and showing signs of dementia.

On the other hand, a relationship that does not work well can lead to strong interpersonal stress that can negatively impact both the physical and mental health of senior adults.

In conclusion, the results of these various studies are influencing government policies. Local and national efforts are now forming to help increase positive relationships and reduce isolation among the elderly in the US.

Lisa is regarded as the leading Alzheimer’s and long-term care design expert in the nation, and has been recognized for her contributions in the field. Though appreciative of the recognition for her work, Lisa is most gratified by helping people who are struggling with Alzheimer’s, find ways to cope as individuals, as families, and as communities.
Learn More 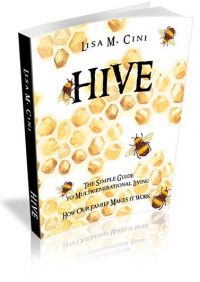 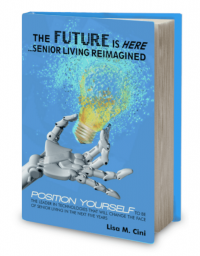